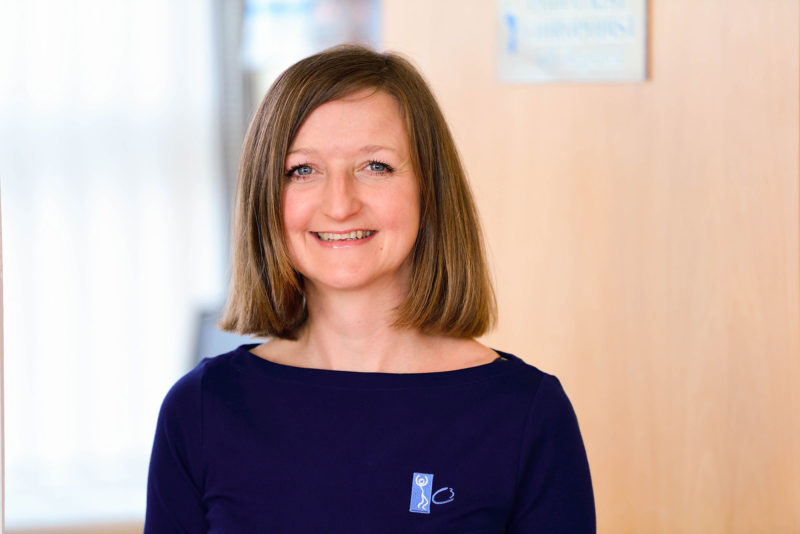 Chloé graduated with a 1st class honours degree from the Welsh Institute of Chiropractic (WIOC) in 2006, she then gained her postgraduate certificate in chiropractic the following year.  Whilst at University she arranged and delivered the UK’s annual student conference, attended by final year chiropractic students nationwide.  She also represented WIOC at the University of Southern Denmark in Odense, at the World Congress of Students Conference.

Chloé originates from Cheshire and prior to studying chiropractic she gained a degree in psychology in Newcastle.  After graduating as a Chiropractor, she returned to the North of England working in Preston for 5 years, where she had a successful busy clinic.

During her undergraduate studies she took an interest in the intervertebral disc and wrote her thesis on the effects of age on cervical discs.  This interest continued in her practice and she is one of the few people in the UK who has travelled to Chicago, USA to study the Cox® Technic under Dr James Cox.  Subsequently, she has presented and taught the Cox® Technic to other chiropractors within the UK.  This is a non-surgical spinal decompression technique that specifically targets and treats intervertebral disc conditions, most commonly disc bulges or prolapses (slipped discs), which often cause severe pain due to trapped nerves, such as sciatica.  She has treated many patients successfully with this technique, some travelling hundreds of miles to receive her treatment.

Chloé studied acupuncture through the British Medical Acupuncture Society and is qualified to provide acupuncture as part of her treatment.  She has also done courses in sacro-occipital technique, Carrick neurology and sports taping.   As well as further study in treating pregnant ladies, children, babies and the elderly.  Chloé has also taken a keen interest on how the fascia interlinks all aspects of the body and how it can be treated to help provide relief for a variety of musculoskeletal conditions.  She has attended many courses and conferences on the subject and integrates this within her treatment.

Chloé is registered by the General Chiropractic Council, is a member of the British Chiropractic Association and the European Chiropractors Union.  Chloé is energetic about her profession and enjoys helping people who have both challenging conditions and those who are in chronic pain.