Fungal infections of both the skin and nails of the feet are caused by microscopic organisms only in this case, they are fungi, and like their counterparts, bacteria and viruses, are invisible to the naked eye. They exist everywhere, in the atmosphere and many of our general day to day surroundings. They flourish most in dark, moist, warm environments, attacking human skin and nails,  particularly at times of mild debility or when the skin is damaged and therefore more susceptible to invasion. They are common conditions affecting approximately 10-15% of the population and are commonest in males.

Signs and Symptoms
The most typical fungal infection of the skin is known as Athletes Foot or by its medical name tinea pedis. Its name is a reference to the ‘plimsolls’ or ‘pumps’ footwear worn by athletes which provided the perfect environment for the growth of the fungi involved. Athlete’s foot most commonly affects the skin between the toes or on the bottom of the feet, it causes peeling, redness, itching and sometimes a burning sensations as well as blisters.

The infection can spread to your toenails. Infection of the nails is called onychomycosis and is quite often a complication of what was originally an untreated, or inadequately treated skin infection such as Athlete’s Foot. The nails appear thickened and discoloured and frequently have a crumbly texture. However, not all nail symptoms like this are due to fungal infection. There are many other conditions which cause a similar appearance, such as poor circulation to the nail bed, psoriasis of the nails etc.
Diagnosis can be confirmed by our podiatrists/chiropodists

Why Should We Treat This Problem?
Firstly, none of us take kindly to pain and discomfort. Secondly, the condition does not usually resolve without treatment. Thirdly, once infected we can pass the fungus on to someone else, often within the family. Finally, the results of these infections, particularly the nails, can become disfiguring and if left untreated over a period of time, can cause permanent destruction of the nail plate.

Treatment
Keep a towel and shower / bath mat solely for your use. Avoid standing barefoot on the bathroom floor and seek advice from our podiatrists/chiropodists.

Usually, skin infections of this type respond very well to anti-fungal preparations which take the form of creams, ointments, paints and powders. These are called topical medications, ie they are applied to the skin and are not taken internally. Fungal nail infections may be treated with over the counter medicament’s but may require a systemic tablet from your gp. Our podiatrists/chiropodists will be able to recommend a suitable preparation for your problem. 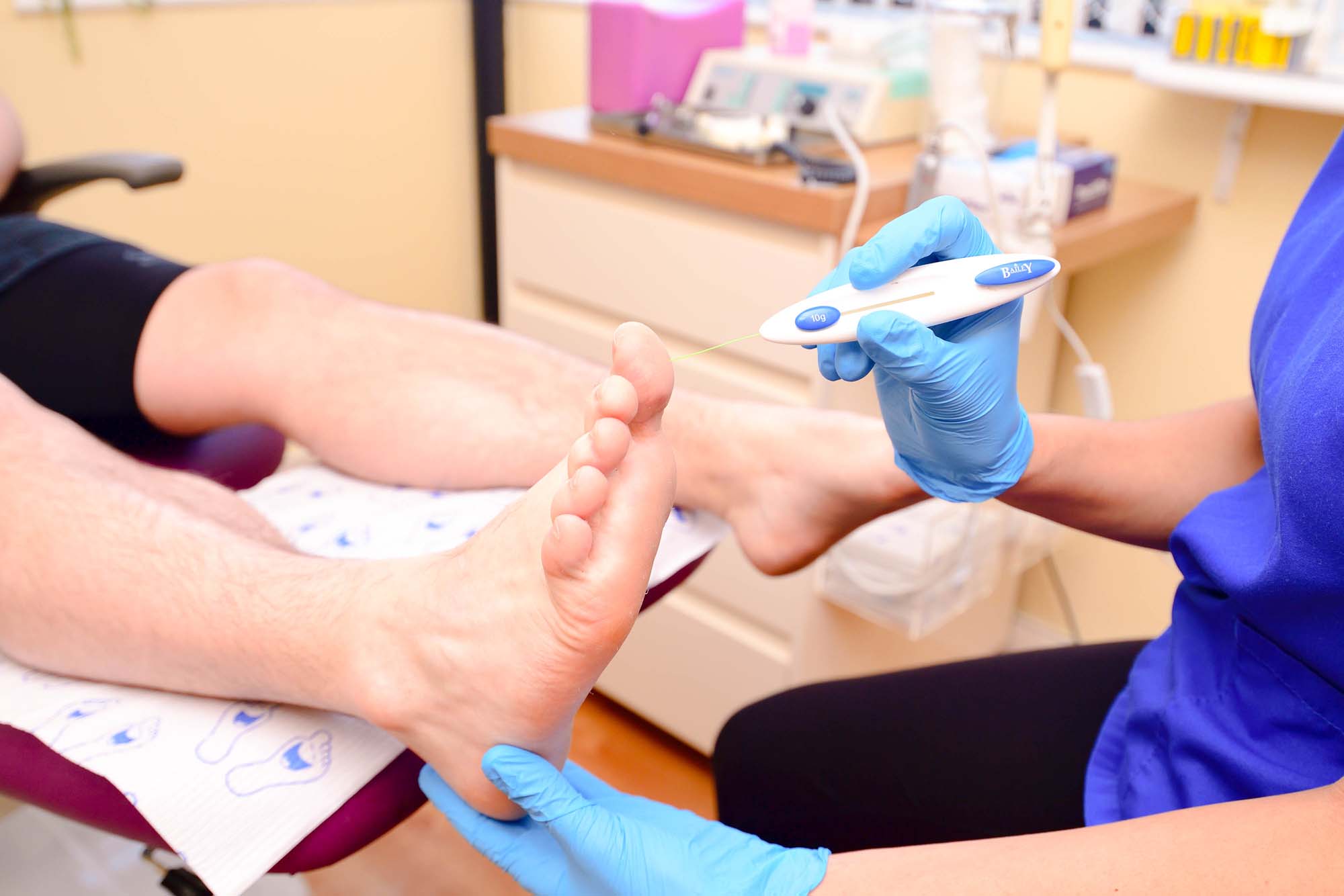